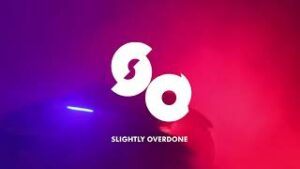 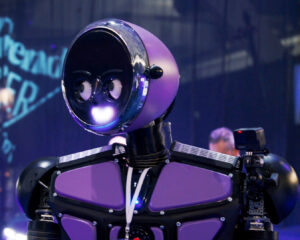 Trends Manager of the Year 2021

Steve took up his old job, as a reporter, to interview the attendants of the annual Manager of the Year election by Trends, for Accenture Interactive. 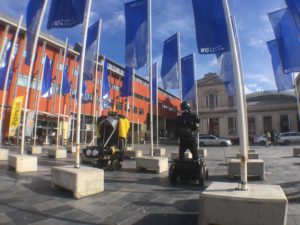 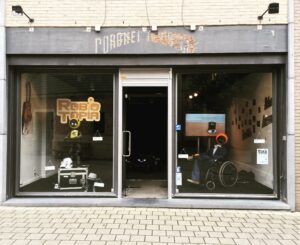 In June 2017 I made a popup exhibition in a shopping center in Aalst. 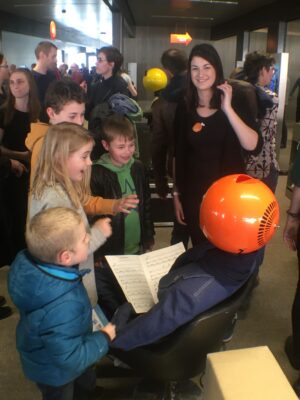 When the new library “De Krook” opened in Ghent, i made an exhibition with my best-of robots. 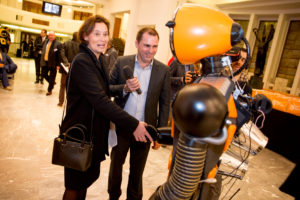 Steve the robot welcomes everybody at the VOKA New Year reception in Bozar Brussels. 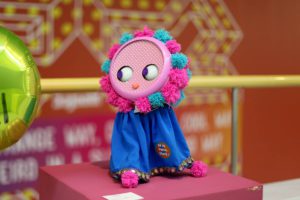 During the Tasmeem festival in 2015 I went to Qatar, together with a bunch of other creative people to do robot-workshops. 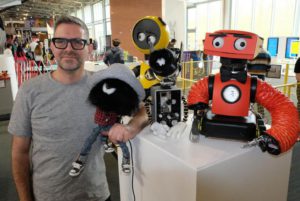 During the Easter-break 2018 I had an exhibition in Technopolis.

Rachel and Robin were invited for the Bal Robotov exhibition in Moscow that ran for 7 months.

Robin goes on a 5 year trip with Vitra. 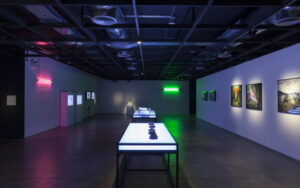 gEOF was invited to take part of the New Realities Exhibition in Peru.

With the support of